Over the passes of the swiss Alps

Over the passes of the swiss Alps
Road Nr.: 4

This route takes you over three passes in the heart of the Swiss Alps. Snow-capped peaks, imposing rocks and idyllic mountain villages impress at over 7000 feet above the sea level. On the way we will stop at different nice places for photo shoots.

One of the three passes is the Susten Pass, which was laid out at the beginning of the 19th century. There are several military fortifications on this pass that were still active until the mid-1990s. The highest point of the pass road is at 2224 meters above sea level in a tunnel under the mountain top. The pass road connects the canton of Bern with the canton of Uri and is 45 km long.

Andermatt lies in the middle of the Alps. People lived in this high valley as early as 6000 years ago. The village also became famous for the small gas station at which Sean Connery, aka James Bond, refuelled his Aston Martin DB5 in 1964. The petrol station as well as the Hotel Bergidyll, where the actor stayed during the shooting, have not changed significantly since then.

We will make another stop at the legendary Devil’s Bridge. The Suworow Monument, also popularly known as the Russian Monument, is located at this historical site. It commemorates the fighting in 1799 in the coalition war between French and Russian troops.

The highest pass on our route is the Furkapass at 2429 meters above sea level. It forms the border between the Canton of Uri and the Canton of Valais. On a length of almost 40 km of the pass road, you can enjoy a wonderful landscape in the interplay between jagged mountain peaks and huge glaciers. The area also served as the setting for the James Bond film „Goldfinger“ in 1964.

Another highlight on this route is the visit of the ice cave at the famous Rhone Glacier and the associated glacier trail. Nowhere in Europe can you get so close to a glacier by car. You can also marvel at the glacier lake at the foot of the Rhone glacier at 2208 meters above sea level.

You can return to the Canton of Bern from the Canton of Valais via the Grimsel Pass. The pass is one of the oldest alpine crossings and it brings you at the highest point of the road to 2164 meters above sea level. The pass road is 26 km long and very winding. At the Grimselsee at the top of the pass there are wonderful views of the Swiss mountains.

Start: 9:00 am
Duration: appx. 8h
Route: 190km
Avaible: from June to October
Price from: Road is closed for winter. Available from spring 2021
Included: coffee at the coffee-stop
Road Nr.: R4 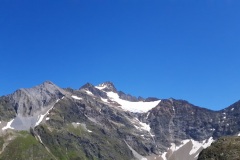 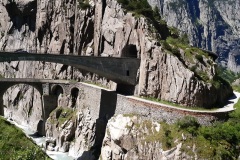 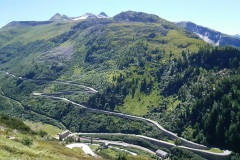 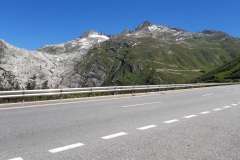 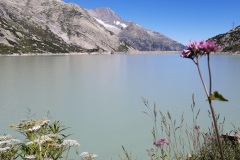 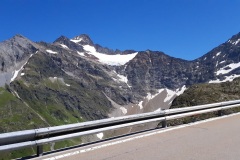 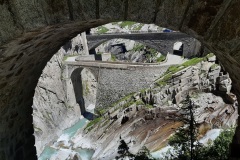 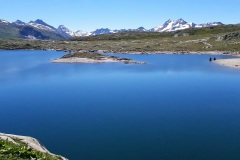 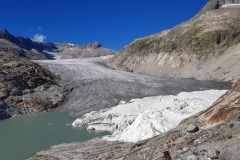 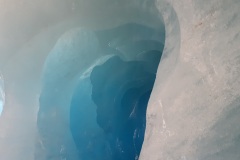